The Unexpected Relationship Between Call of Duty and Marketing 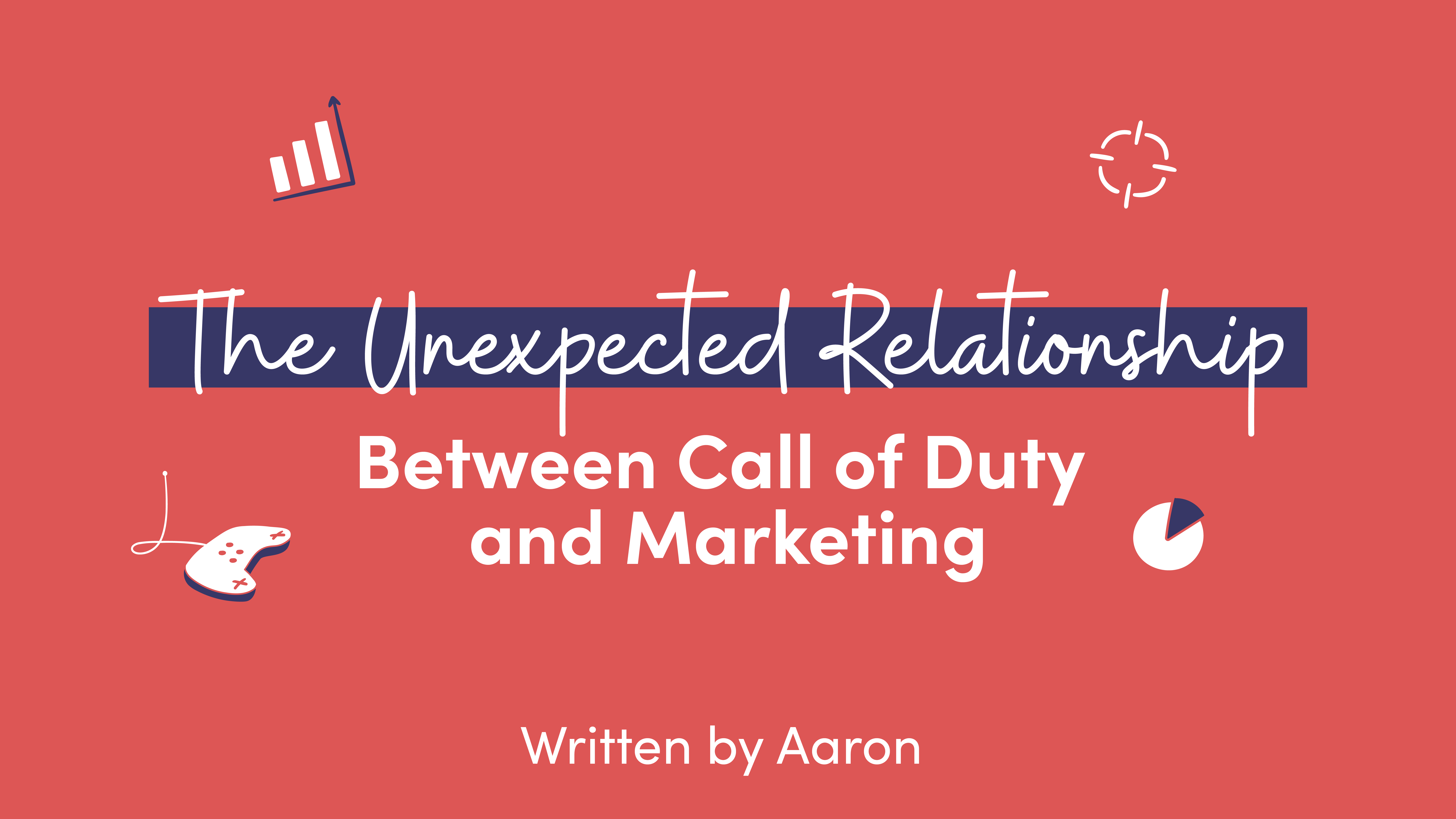 The gaming industry was worth $90 billion in 2020 and is forecast to be worth $256.97 billion by 2025 – unbelievable. From game development to the storyline, game studios must hire the top designers, developers, and scriptwriters to convince their audience of three things: buy the game, don’t stop playing the game, and invite your friends to play the game. But, it’s the marketing activities that don’t make it to the budget that showcase the unexpected relationship between Call of Duty and marketing.

Hey everyone, Aaron here! I’m the digital strategist for Pixel Labs. I got into video games late middle school and early high school, playing the Call of Duty games with friends (Modern Warfare 2 is the best). The comradery built with friends in person and online drew me in. A cousin and I would spend many hours 1v1’ing and playing together.

Then, one evening that was just another evening, my world changed with my cousin sending me a YouTube video. Sadly, the video is no longer public, but I was introduced to the world of Call of Duty trickshotting.

What is Call of Duty Trickshotting and what does it have to do with marketing?

Put simply, trickshotting is when gamers try to earn kills in unique and complex ways – from spinning around to switching through equipment, there was a key emphasis on how clean the movement looked, and ultimately hitting your enemy. If you hit the shot, then a replay of the kill would play for everyone in the game. Then, video editors and graphic designers would work together to produce video montages showcasing these unique shots, and they looked AWESOME!

What was my role?

I was a video editor. I spent hours on top of hours learning After Effects (not Premiere which I get a lot of flack for at work) and developing a style of video.

Here’s an example of one of my old edits!

The top teams (FaZe, OpTic, SoaR, and others) were amassing millions of subscribers, and growing fast – some of the top younger influencers have roots or connections to many of these teams. Businesses were created by 20-year-olds who took an activity that was supposed to be a hobby and created content to entertain others.

How do these teams profit?

The same ways we see content producers monetizing their work today! They develop advertising partnerships with brands, they did paid shoutouts, or offer paid opportunities to play with their fans. More specifically for editors, they could be paid to edit your video. The benefit was getting a lot of social clout for that edit, and hopefully, they put in a decent amount of effort to make it look nice.

This is what inspired my career in marketing.

I loved that the internet had made it possible to take something you find interesting, and could turn it into a career. Ask any kid today what their dream job is, how often have you heard “YouTuber” as a response. The opportunity to take an interest you have (coffee brewing, puzzle making, or any video game), creating content around it, and sharing it with others is very real, and so is the opportunity to get paid.

These talented creators and editors were drawing tons of impressions and views to the games they were playing, inspiring others across the world to try the game.

The takeaway? Call of Duty created an environment that allowed players to complete, but also bring their creativity and talents into the game. Brands and organizations that do this well will have a reach larger than they can imagine.

I fondly remember playing with friends and spending long nights editing video games. Most of the big influencers are still around today, but have moved on to newer games, and created different kinds of content. The good creators evolve through time to keep attracting attention and better ways to monetize content.

Do you have a passion that you could make content about?