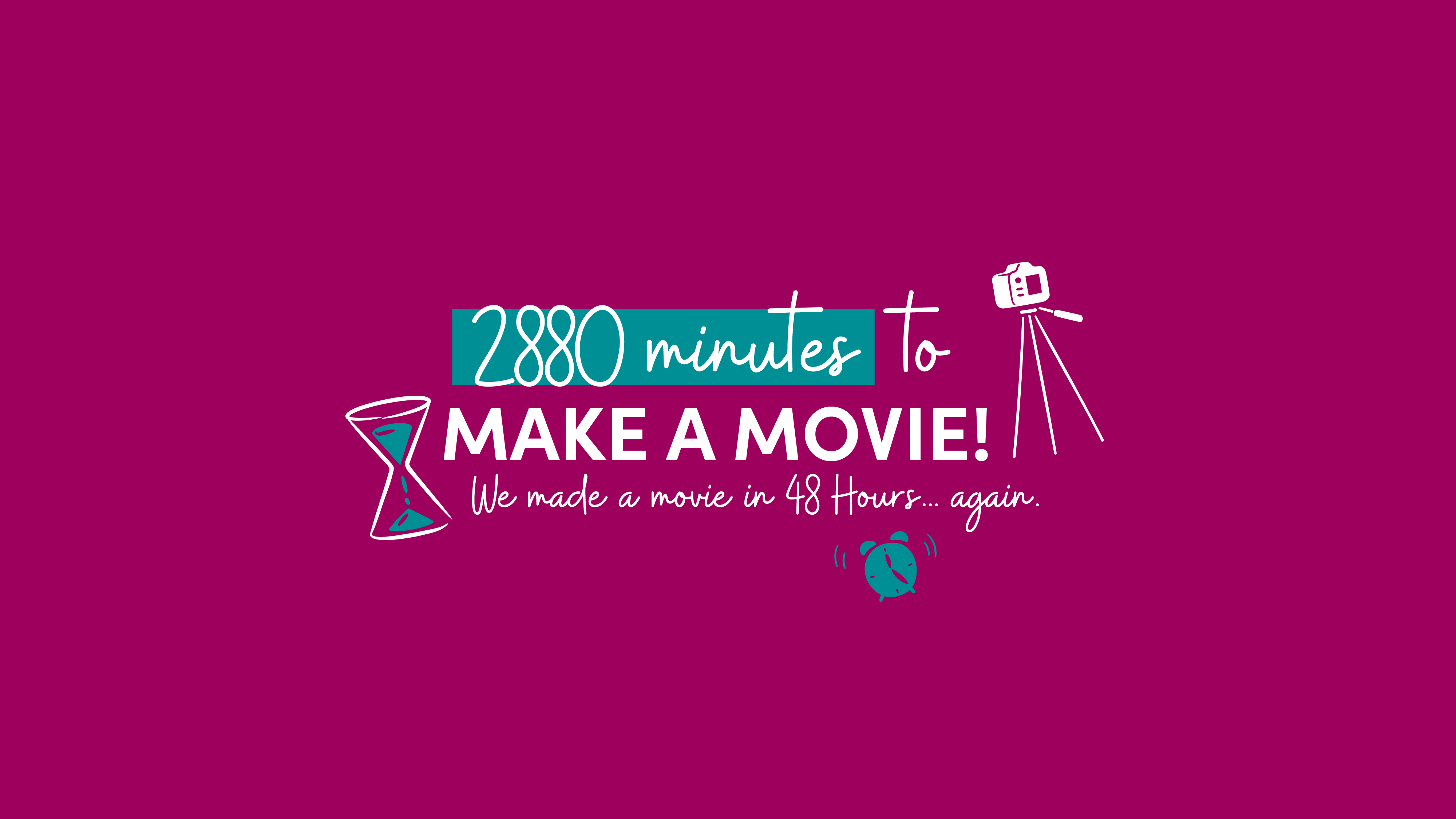 Yes, you’ve probably heard us, or more specifically me, rave about this over the past four years. The 48 Hour Film Project. A global competition that, in a way, gamifies the art of making a movie. You have 48 hours to write, shoot, and edit a short film no longer than 7 minutes, and no shorter than 4 minutes. Easy enough… right? Not quite… lets throw a few more wrenches in there as well.

The contest’s director picks two genres from an envelope, and your film must adhere to one or both of the genres. There’s a character and their occupation that are provided by the contest, and you’re required to include them on screen in the film. There’s also a very specific line of dialogue that must be said verbatim, as well as a prop that must be shown on screen as well. For this year’s contest we had Casey Karver who is a delivery driver, the line “I forgot to mail it”, and a television remote. If you fail to miss ANY of these… that unfortunately means your film will be disqualified. If all of that sounds pretty intense to you, you’re quite right. It is. As my friend and filmmaking peer Michael Huntington said recently, “we’re going to war with sleep and creativity” and never have I heard a better way of describing it. So… with all of that on our plate… how did we fare this year?

Relating to the actual contest and awards… well we’re just not sure yet. Heck, our films only just started screening this week! So we will be sure to keep you updated on that. But when it comes to the actual film, and our own personal satisfaction with it, how did we feel? Honestly… pretty damn great. This is probably my favorite year yet, but I also find myself saying that each year we participate. The genres we drew were probably the two genres we least expected getting, let alone thought of previously. Romance, or Legal Film. Romance? Sure. It’s fine. I like romance IN my movies for sure. But a movie solely dedicated to the subject of romance? Not necessarily in my wheel house… but I love a challenge. And legal film? I love me some Law and Order: SVU, but I’d never thought of trying to recreate that magic myself. It just hadn’t been something I’d ever considered.

We debated for a few hours, before finally deciding to just simply tell a romance story. We tried our hand at combining the genres. A legal romance movie? Sure. But it just wasn’t quite clicking with the team. There were about 9 of us at our initial kick off meeting we had, and we all took turns pitching our own story ideas. Finally, we settled on three pitches. We gave our writers those three pitches, and locked them in the writers room for a good four hours. Ok… we didn’t lock them… but they we’re actually in there for about four hours give or take. At around 2 am, we had a script. Our latest film would be titled… Dream Girl. As the person who would be taking the reigns of directing the film this year, I stayed an extra hour and a half to make a rough shot list and schedule that we could follow along the next day while we were shooting. I’m happy to say I still got a good five hours of sleep that night. Finally we reached Saturday morning: the day we’d be shooting our film.

Saturday went about as good as it could go. We started on time, we’re getting shots crossed off our list, and everyone was feeling pretty good. We got off schedule by maybe about two hours or so… but that still gave us plenty of time to wrap principal production at the decent time of 11:00 pm. Also thankfully, I had taken the time to begin transferring footage and editing little chunks of the film during our meal breaks and down time during the day. By around 3 am, I had a good fine cut of the film ready to polish up on Sunday.

10 am Sunday, I began work again. Most of the group was largely wrapped, but some stuck around to just hang out around the office and observe the magic that was happening in the edit bay. By around 3 pm, I had finished a solid cut, and finished sound editing. Next up, Zach came in to do the sound mixing. By around 5 pm the film was… virtually done. We exported a solid version, and then spent the next two hours just polishing up and fine tuning the most minor of details. We were thankful we had that spare time to perfect our movie, because I think it only improved the film. We cut it close to the wire on uploading our final film again this year… haha… but we got it finished and uploaded by about 7:28 pm. Two minutes to spare.

You’ll notice, and I do apologize, I’ve been very sparse about plot details of the actual film so far, but I promise you that’s for good reason. We debated and deliberated on how we wanted to market this film, and well… we decided we would show and discuss the bare minimum as possible. We wanted to paint a small narrative, and then let the film do the talking itself during the screening. I have a feeling we might surprise some viewers with how the film actually plays out. Truly though, I just love playing and messing with the audience expectations. It’s one of my favorite things to do as both a filmmaker and marketer.

So… we wrapped the film. It went great. And now, we just wait. We screen the film soon, wait for audience and judges reactions, and see what happens. If we’re lucky enough to find out anything else after the screenings, we will be sure to update you, but for now you’ll have to wait in anticipation as we wait to screen our film for everyone else in the fall! If you’ve never done the 48 before, I can’t recommend it enough. It’s most definitely one of the highlights of my year, each and every year.