Advice From Those Who Did It Before Us- Walt Disney 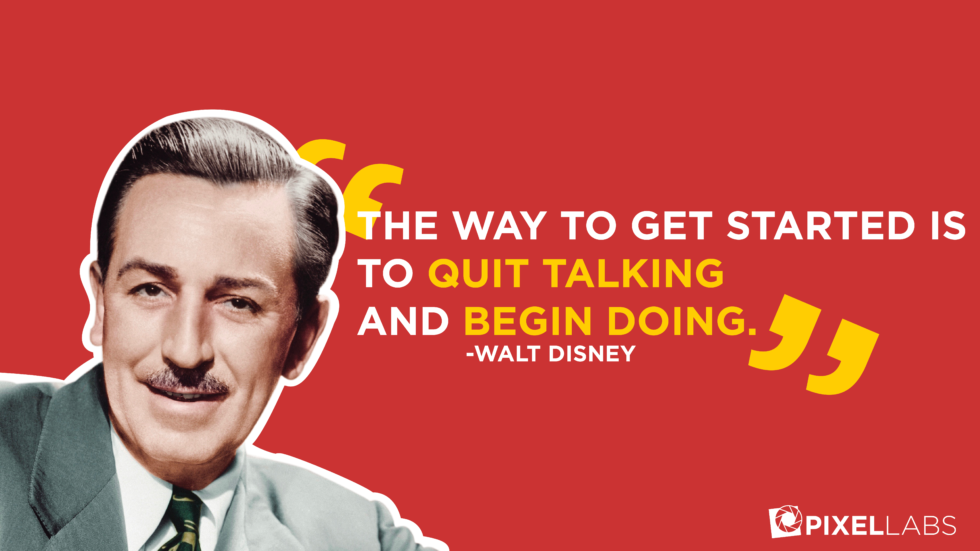 You don’t reach your goals by talking about them. You reach them by putting in the long hours and hard work.

We all know that person who is all talk. Every time you see them they have a new goal or dream, and they never really stick it through. Well, this quote is for that person.

There’s nothing wrong with having many big dreams. In fact, people are drawn to creative minds. But if you keep talking about big ideas and never show you are taking steps to turn them into a reality, over time, you’ll lose your credibility. Don’t get me wrong, talking is an important part of the process. Thoroughly talking through your ideas with others is important because you may gain valuable feedback. However, always make to follow up brainstorming sessions with the time and work to make your vision a reality. Be the person who not only has good ideas but executes them as well.

Walt Disney was a TV and movie producer, a pioneer of animated cartoon films, the creator of Mickey Mouse and Donald Duck, and was heavily involved in the planning and building of Disneyland (Source: Britannica.com.) If you think Walt Disney gained all of this success through dreams and luck, you are very wrong. It is evident that he was a dreamer, but even more notably, he was a doer.

Disney was known as someone who was “never one to rest or stand still.” This helped him to back up his big dreams with hard work. His dreams combined with the actionable steps he took to make his dreams come alive resulted in massive success. How many people in pop culture can you say are known by a majority of the world? Without the work he put in, his dreams would have stayed dreams, and we wouldn’t have the beloved Disney franchise as we know it.

“The way to get started is to quit talking and begin doing.”

Check out our last blog post that features another great mind: Seth Godin

And to see more of our faces, and work, check out our Linktree!